As I write, it is snowing heavily in downtown Breckenridge! Currently, the snowpack is approximately 84% of average. For the angler, this means…

As I write, it is snowing heavily in downtown Breckenridge! Currently, the snowpack in our local Blue River watershed is approximately 84% of average, compared to the 160% at this time last year. The Breckenridge Ski area has recorded 180 inches of snow (~ 15 feet) this season, compared to the 320 inches (~27 feet) at this time last year. Wow! Regionally, the Arkansas, Colorado, South Platte River basins are at 93%, 86%, 92% of average. Statewide, we are at 87% of average. 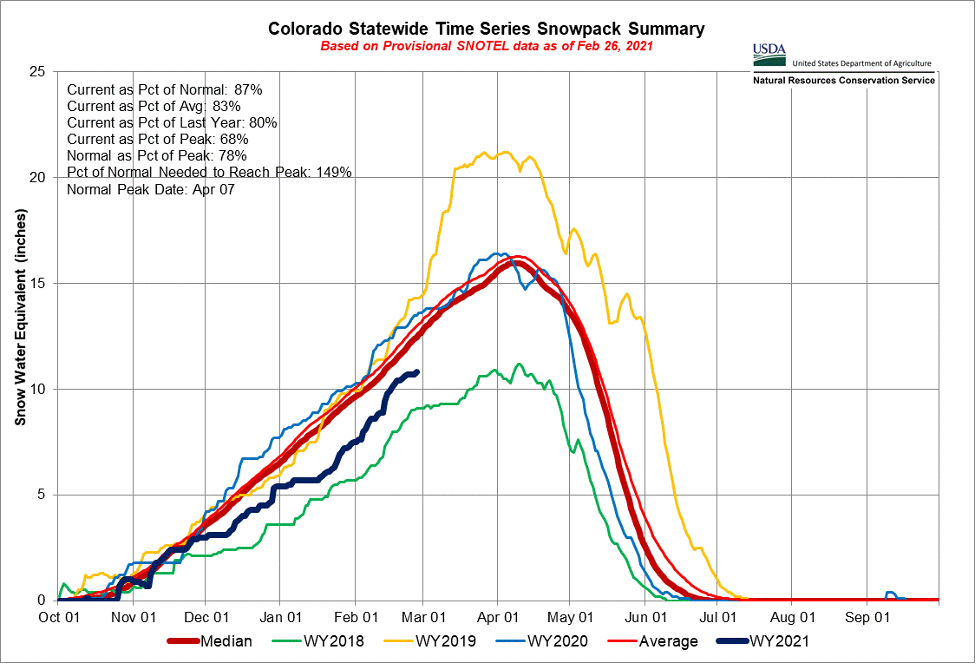 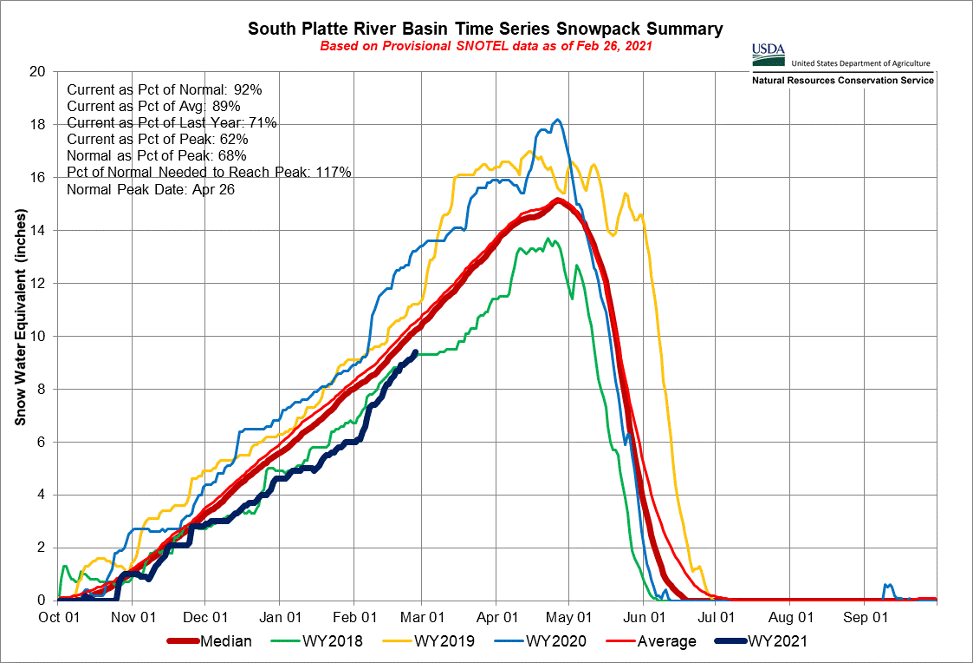 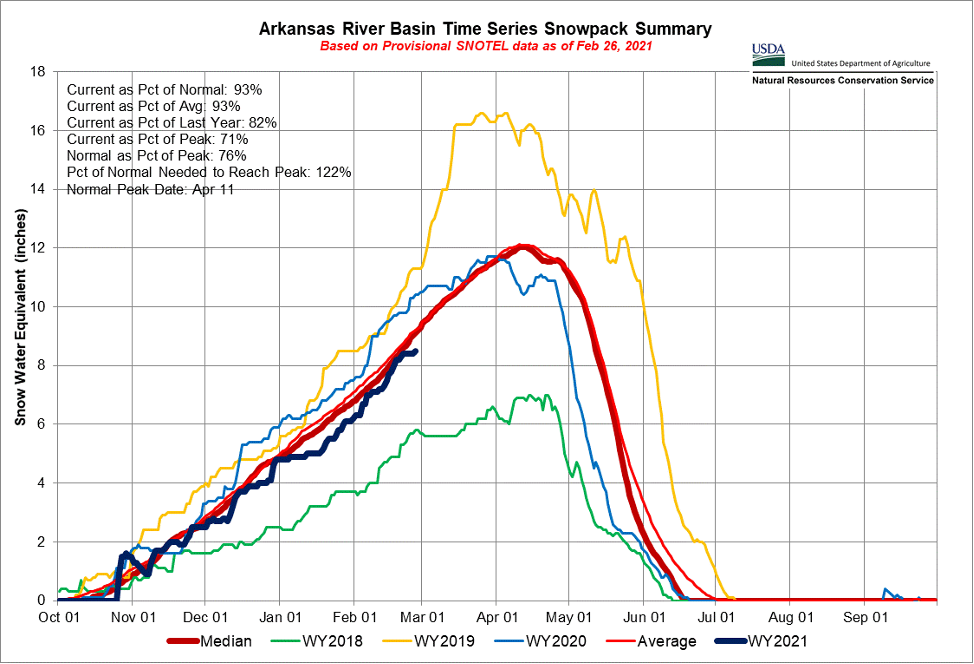 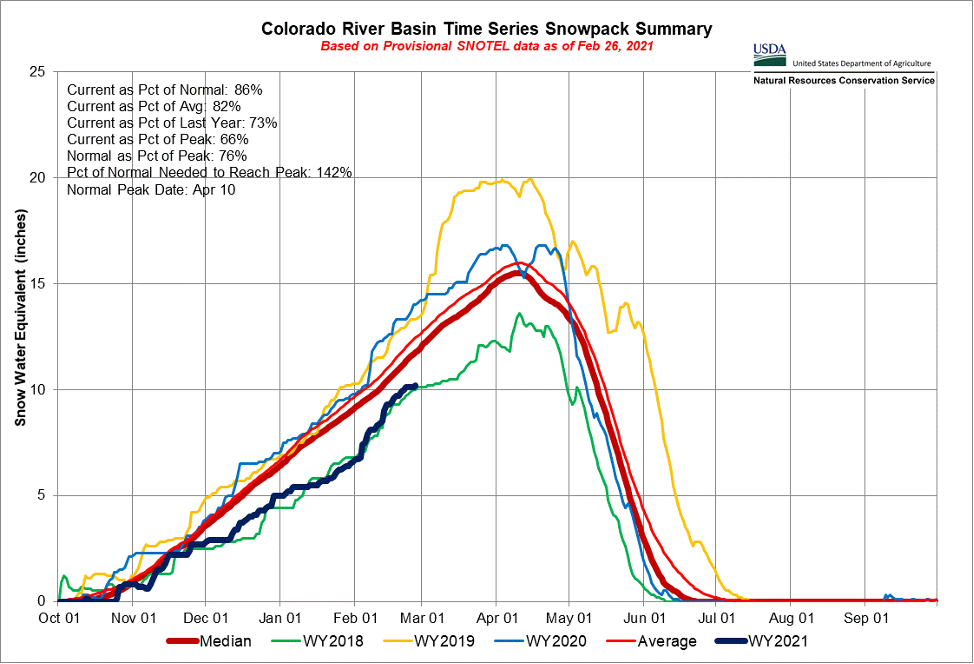 From my years of fishing the local waters, I have realized that average snowfall is the best. Last year we had way too much and this year not quite enough (yet) to have a good start to the angling season. That being said, we still have a couple of months of the winter to get to average. The equally important issue is to have a summer with a good (normal) amount of rainfall. Last year, even with the huge snowpack and too much water in the early season, by mid-August flows were way too low, a result of zero rain for weeks at a time. This year, let’s hope to reach an average snowpack and continue with an average rainfall throughout the summer.

In average snowpack years the peak of run-off is around mid-June. If we continue our snowfall patterns in 2021, expect peak runoff to occur a little earlier – say June 10. In Colorado, we have two phases of the runoff period. The first phase is the melting of our lower elevation valleys which typically begins in late April and into May. The bigger drainages and lower elevation larger rivers are the most affected most by the early part of runoff. For us, these include the Colorado, Eagle and sometimes the Arkansas Rivers, which you can expect to be dirty and even muddy water on a series of warm days. The later and main phase of runoff period typically occurs from late May into June. This is when the bulk of the snowpack near and above tree line melts. When the nighttime temperatures begin to stay above freezing the runoff begins to flow at full force. At this time, higher elevations watersheds become more affected with high flows, however, typically will stay relatively clear and fishable through runoff. 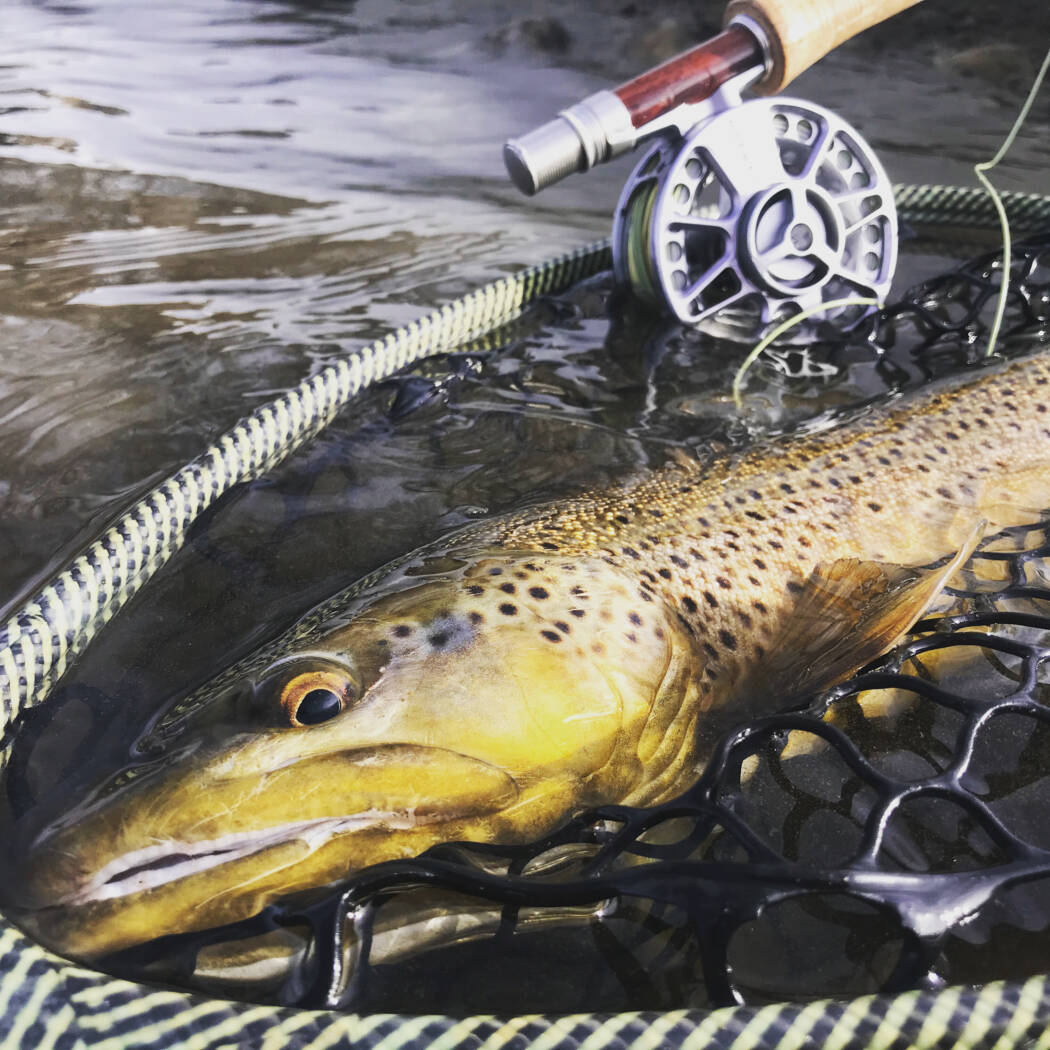 For the anglers, put simply, this means a variety of great spring fishing opportunities! Even though runoff starts in late April on the lower elevation rivers, there are many rivers with great conditions all the way through early June. We consider this the secret fishing season, that many people don’t take advantage of. When the ice begins to melt, and the rivers begin to clear is a great time to get out on the water, especially tributaries and higher elevation rivers. Many of these rivers have a migration of large rainbows during April and May. Even though water may be up in June, these waters stay much clearer than the downstream waters. For us this includes the higher elevation rivers such as the Middle Fork and South Fork of the South Platte. Our guide service offers great fishing in South Park during the spring, with miles of public access and numerous private ranches.

The last good piece of advice I have for spring fishing is to watch the weather and the flows carefully while planning your next fishing trip. While bigger rivers may be big and muddy for weeks in April and May, a change in weather can change everything. If a good cold snap with snow hits the high country, everything will freeze up and even the biggest rivers will drop and clear for a few days. This will happen numerous times in the spring and can provide some of the best fishing in the springtime.

Looking forward, I will give a more informed update on the snowpack and the summer fishing forecast in 4-6 weeks. In the meantime, don’t miss out on the secret fishing season!